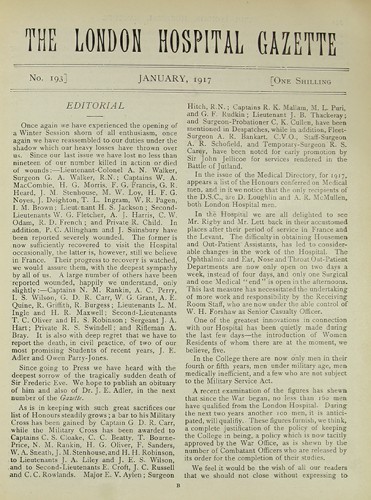 The London Hospital Gazette was produced throughout the war and contains stories and anecdotes from the frontline including some interesting sketches of battle plans and instructions on how to make a urinal out of items available to serving soldiers. Many of the letters and reports come from those serving with the R.A.M.C and detail the working conditions in medical hospitals on the frontline. The gazette also includes information about the  running of the London Hospital in war time and it contains medical papers which map the impact the war had on medical advancement.

Please click on the links above to view individual pages of the Gazette. PDF's may take a while to download depending on the speed of your internet connection. 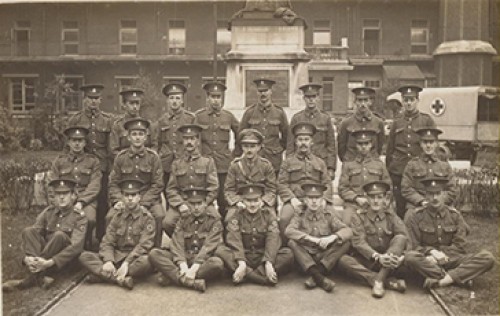 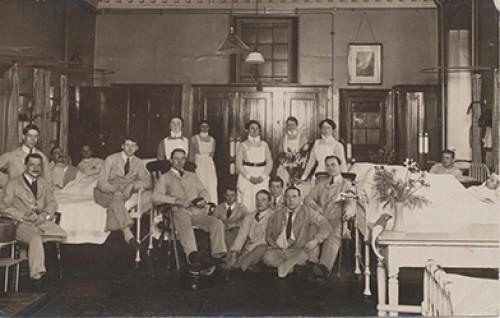 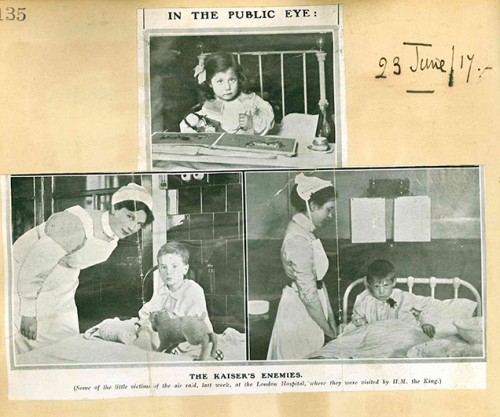 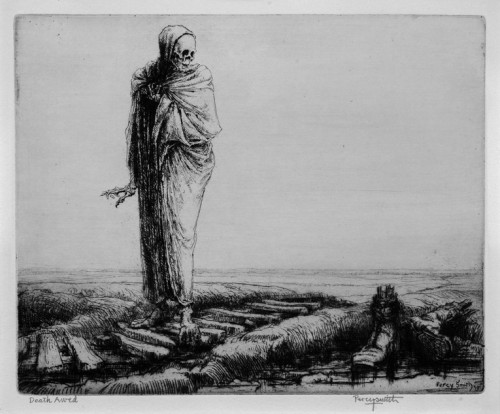 Percy Smith produced sketches of war-ravaged countryside, death and destruction. His most memorable series is The Dance of Death, which sums up the horror and futility of war. 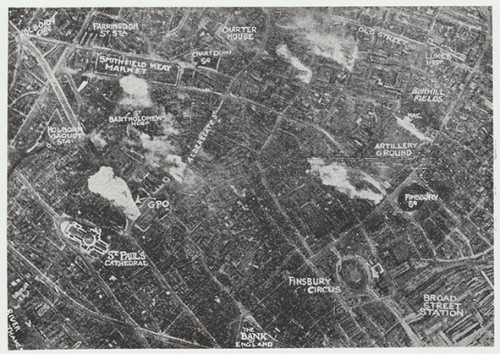 Aerial Photo of the Daylight Raid.

This image is a copy of the original photo which is now missing. While the photograph is not extremely clear, it does highlight the areas that were hit during the daylight raid on 7 July 1917. St Bartholomew'۪s Hospital can be seen to suffer a direct hit. 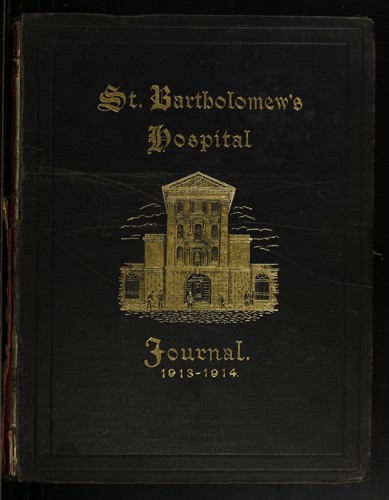 St Bartholomew's Hospital Journal was a monthly publication aimed at staff, students and alumni of Barts Hospital. During the war the journal received correspondence from students and staff serving on the Western and Eastern front. These letters cover a range of topics from reports of attacks, to letters relaying a dinner at the front which men from Barts attended. The journal also discusses how the hospital itself functioned during the war and it includes papers on new medical developments such as artificial limbs and facial reconstruction. The journal has  been digitized from 1913-1919.

Click on the links above to view individual pages of the Journal. PDF's may take a while to download depending on the speed of your internet connection. 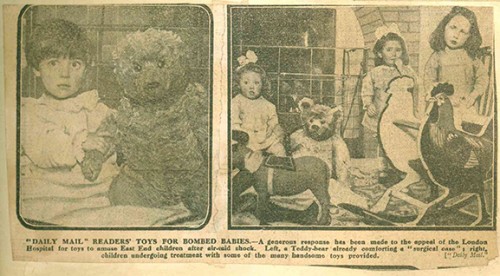 A newspaper cutting from the Daily Mirror which began a campaign for toys for the young victims affected by the air raid in East London. This photograph shows the toys being distributed to children in the London Hospital. 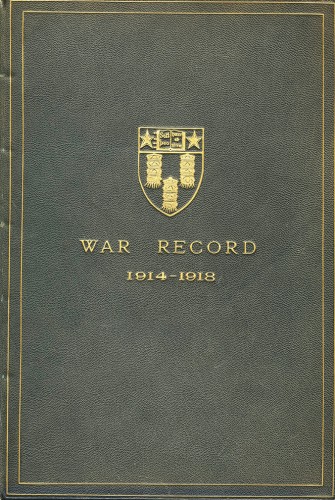 The roll of honour includes the names of all 73 members of the East London College Community who died during the war. As well as their date of death, the roll of honour includes biographical information such as, where they lived and what subjects they studied. For some of those who died there are even testimonials given by fellow students. The record of Walter William Busby is particularly informative. Busby was Captain of the 13th Essex Regiment when he died on November 13th 1916. The record describes how Busby grew up in East Ham and was a Scoutmaster of the 2nd West Ham Troupe of Boy Scouts.

Click on the links above to view individual pages of the Roll of Honour. PDF's may take a while to download depending on the speed of your internet connection. 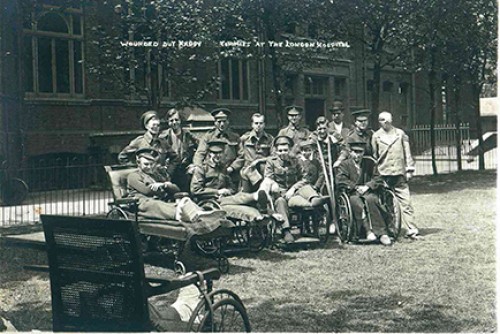 A photograph of wounded 'Tommies' in the grounds of The Royal London Hospital. The inscription reads: 'Wounded but Happy.'